Ioanna Kalantzakou is the vice president of the Athens Bar Association. She sat down with Reinventing Greece to discuss the position of the ABA with regard to some of the recent legislation responding to the economic challenges facing Greece.

Reinventing Greece: What is the Athens Bar Association’s response to the legislative changes resulting from the current economic crisis?

Ioanna Kalantzakou: The Athens Bar Association considers that the loan agreements, known as the Memorandum, are anti-constitutional since they were not voted upon with a high parliamentary majority vote, but also because they violate the constitutionally reserved rights of the citizens. The bar associations do not deny that the country is dealing with a period of economic pressure and a loan crisis, they consider however, that there existed room for negotiations with the representatives of Greece, to the point where the measures taken would not violate the country’s constitution and would reassure greater social balance. A similar analysis lead to the association’s stance on individual legal matters, like the opening of professions to competition. On this subject we maintained that the abstract economic views should not be imposed by disregarding reality, but after careful consideration, so that the laws can promote a genuine opening of the market and really contribute to economic development – and not lead to a degradation of professional groups without any benefit to the country’s economy.

RG: How does the legal system oversee MNA contracts regarding the privatization of state businesses?

IK: The issue will be judged once the institutional framework and the by-laws of the Agency responsible for the utilization of public property has been crystalized. In terms of government responsibility, state officials should recruit reliable individuals, prominent in their respective fields, with an extraordinary track record in the private sector. From the side of the legal institution, the critical part is to have transparency in the process of privatization, and to ensure that potential investors do not walk away in fears of future disputes and lawsuits. To ensure this, what usually follows is the approval of major state contracts under a typical law; we however, don’t have sufficient information to assess what will happen with this. In every case there exits the external evaluation of the State, the evaluation of the legality of presidential decrees from the Council of the State, the ex post evaluation from the criminal authorities in the case of suspected offense, and of course the Greek and the community legislation for public tendering procedures. It should be noted that the Commission is still evaluating the previous sale of OTE’s public share package.

RG: How has investment regulation changed in the past few months, and are the changes a result of the recent crisis or a prolonged development? What legal counsel is provided for young entrepreneurs, and in creating opportunities for businesses to grow?

IK: The government is considering, and has made some moves toward, the procedures for economic development, but the so-called “fast track” program has not yet been clarified. For that matter, the basic problem for the development in Greece, is not only the issue of taxation or simplifying the process of establishing businesses, rather it is the multitude of administrative permits from the state, or from the local authorities, which are required for the operation of businesses. At this level, there have not been significant interventions yet. It is evident however, as apparent in the enforcement law, that the Agency supervising the utilization of public property will soon follow that direction. One can only hope that the simplification process will expand to all fields of investment.

RG: How often do people access the legal system if they want to make a claim, or come into conflict with the government, state, or other citizens?

IK: The separation is similar to that of other European countries, in the sense that the differences between citizens are solved by civil courts, while those between citizens and government organizations are solved by the administrative courts. In Greece we unfortunately observe a high frequency of appeals and complaints from citizens, and equally as often from the government. The volume is so large that the past few years many laws have been drafted and implemented towards the decongestion of the justice system – currently another new law is also being formed. A lot of attention is required however, so that the decongestion does not occur against fundamental citizens rights, such as the right to a fair trial.

RG: What are some of the challenges facing the Greek justice system and how can the system be strengthened?

IK: The basic problem, which is often created, is a big delay in the administration of justice. There is also the question of the quality of court decisions, as there are many observed cases involving errors and crudeness. The Athens Bar Association believes that the courts’ administration should update courts’ infrastructure (specifically with the provision for electronic updates and filling of court documents online), and recruit more staff. At the same time however, the courts should improve the disciplinary control of judges and enhance the disciplinary model and quality control of court decisions.

RG: Are there sufficient resources to represent the interests of immigrants and human rights organizations that come in conflict with state regulations?

IK: Prior to the country falling into a loan crisis, the government had already, and correctly, claimed that the large flow of illegal immigrants to Greece posed a great pressure on the system of receiving them and examining their reasons for asylum, which usually mask the larger economic reasons for migration. We fear that without greater support from the EU and without reevaluation of the Dublin II agreement, there cannot be substantial improvement.

RG: What are the prospects for attorneys, and access to attorneys, in Greece?

IK: The legal market finds itself in a challenge. The number of attorneys is large and is constantly increasing, although at the same time the economic difficulty in this country limits the usage of the law, despite the fact that attorney fees for routine work are relatively low. In this environment, the immediate prospects are not good. But even in the long-term, I fear that the problem will not be solved unless the constant increase in the number of attorneys is limited, since it is not feasible to equally increase the demand for legal services.

RG: How are the ABA’s members dealing with foreign policy regarding issues such as the ecumenical patriarchate, Turkish occupation in Cyprus and Aegean sea dispute?

IK: At the level of individual cases, such as the claiming of property that has been violated, protection against illegal actions and claims for compensation, Greek attorneys contribute, along with their foreign colleagues, to the effort of vindicating victims of illegality. In the realm of foreign policy, to which the strategy belongs to the governments and where the intervention from other actors must be especially careful, the bar associations are drawn with the Greek governments to deal with the claiming of the legal rights of Greece and Cyprus, and in the desire to enforce the decisions of the UN in terms of critical national issues. 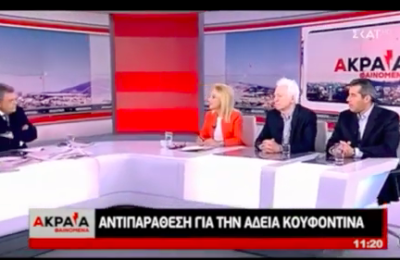 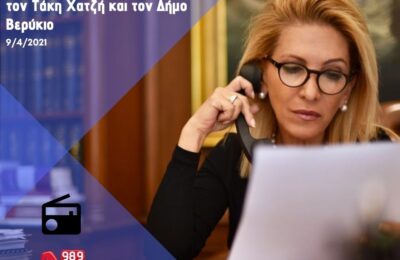 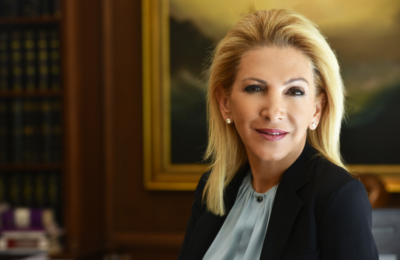